The Reds will be without backline stars James O’Connor and Suliasi Vunivalu for their final game of the Super Rugby trans-Tasman season against the Hurricanes.

Five-eighth O’Connor is still battling a neck injury that also kept him out last week while winger Vunivalu is still tending to a hamstring issue suffered in the loss to the Blues.

The good news is that Bryce Hegarty has overcome a minor hamstring injury that sidelined him in round four and will start at No.10 in place of Hamish Stewart.

Josh Flook starts in place of Vunivalu on the right wing while Angus Blyth gets the nod at lock ahead of Ryan Smith.

The 1-3 Reds cannot qualify for the final.

“We’re looking forward to getting back over to Wellington – we haven’t been there since 2018,” Reds coach Brad Thorn said.

“The Hurricanes are playing for a finals spot and we’re expecting a tough battle against them.

“We want to finish the season well and put in a good performance for our Queensland fans back home.” 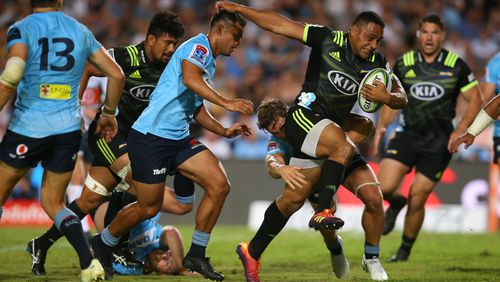 Meanwhile, Ngani Laumape will play what is likely to be his final game for the Hurricanes before taking up a lucrative contract with Stade Francais.

The blockbusting centre played 15 Tests for the All Blacks but wasn’t given the financial incentive to stay in New Zealand.

“It wasn’t hard when I was offered a contract that was asking me to take less income,” Laumape said.

“Once that came into perspective I had to make the best decision for me and my family and my kids.”

Asafo Aumua returns from concussion to start at hooker ahead of Dane Coles while Cam Roigard gets the nod at halfback in place of Luke Campbell.

A Staggering 160 Million Are Victims of Child Labour — Global Issues

By admin
47 mins ago

A look at all the injuries hampering the NBA Playoffs

Next Article:
4 days ago
min read

For vehicle safety, the future is now – TechCrunch