After a torrid mid-season run it appears finals may be back on the table for Ricky Stuart’s Raiders off the back of two consecutive wins that have breathed life into their season.

Sitting on 16 points in ninth on the ladder, the Raiders have the Sharks’ eighth point spot in their sights and will need to pick up maximum points in their run home for the season.

They’ll have their work cut out for them tonight against the Eels who further up the ladder have their own goals of holding on to a top four finish.

But in a big blow for the Raiders, they’ll have to battle without star five-eighth Jack Wighton and rookie star Xavier Savage.

For the Eels, star halfback Mitchell Moses is sidelined after it was revealed earlier this week he had fractured his back during his Origin debut. Coach Brad Arthur’s son, Jakob, comes into the side to replace Moses.

Tonight’s clash will also see the return of fan favourite Blake Ferguson who has been recalled to the match day squad in place of Haze Dunster. 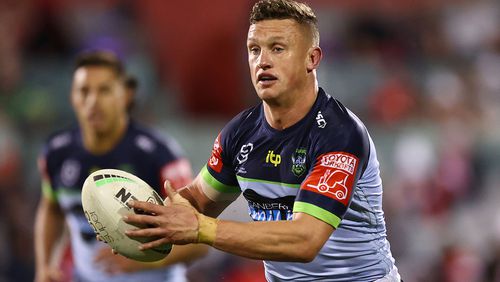 The Olympics in 1964 Hailed a New Japan. There’s Less to Cheer This Time.

By admin
20 mins ago
Sports

5 factors founders must consider before choosing their VC – TechCrunch

3 Things You Didn’t Know About ‘Just a Friend’

Biden administration has plans to require most foreign visitors to be vaccinated.