Jakob Arthur, the son of Eels coach Brad Arthur, will start at five-eighth for his NRL debut.

The 18-year-old will join take over for the suspended Dylan Brown and link-up with Mitchell Moses in the halves.

He was selected for selection earlier this week, however it became apparent that he would not be able to take the field unless the Eels chose to upgrade him from a development player, due to NRL eligibility rules. 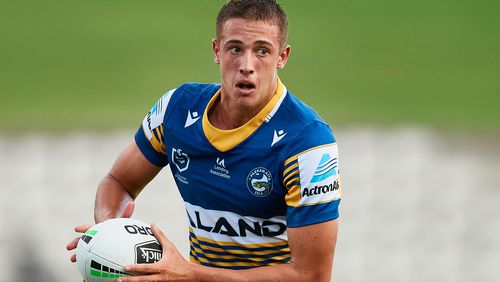 “When I first came to the club (Arthur) was running the kicking tee out for me as I was goalkicking so it was pretty special for me to give him his debut jersey,” Moses said of Arthur.

“He’s been training with us since he was 16-17 years old, jumping in our opposed sessions so he knows the game plan. He’ll know everything.

“It’s pretty exciting. He’s a real calm kid. We’re not expecting much of him, he just needs to do his job and I’m sure he’ll do that.”

By admin
52 mins ago
Sports

Boxing news, Justis Huni out of Olympics after injuring hand against Paul Gallen