Australia’s disastrous preparation for the opening Test against India, beginning today, took another concerning turn when Smith on Tuesday left the main group after the warm-up and was later seen shaking his arm.

The injury scare surrounding the world’s best batsman was the latest in a string of mishaps: David Warner’s groin, the concussions of Will Pucovski and Cameron Green, Mitchell Starc’s back and rib niggles, Josh Hazlewood’s back and Sean Abbott’s calf.

Langer could scarcely believe what he was seeing after Smith had reached for a ball and tweaked his back. 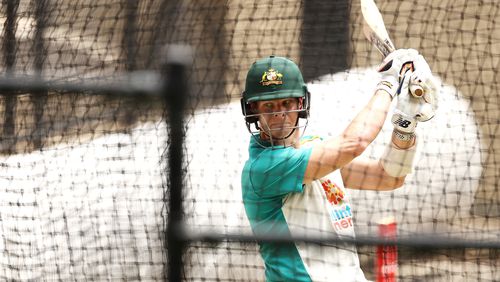 “Steve Smith went down two days ago at training and I was nearly crying in my soup,” Langer said on SEN’s Breakfast with Vossy.

“It was like I was in one of those movies. I was like Adam Sandler crying out loud, or someone in There’s Something About Mary.

“But no, he should be fine. One thing we didn’t need was Steve Smith not playing this Test match, but he’s just got to keep going through everything this morning. Fingers crossed he’s out there this afternoon.”

“Steve’s had this problem for many years. It’s an ongoing thing,” Taylor told TODAY.

“He trains religiously, probably over-trains, Steve Smith. He dots every I and crosses every T before a Test match series. He would have just overdone it a bit. I think this is something now that he’s lived with for a few years. I don’t see any major issue with Steve Smith.

“Obviously he just needs to get started and we know what he can do when he gets started. He can make big scores.” 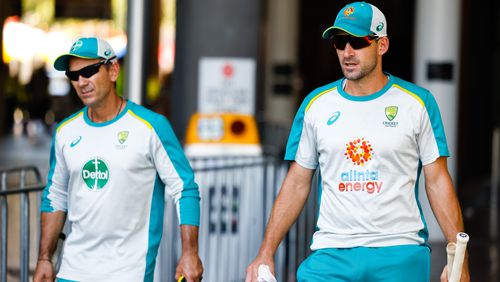 Provided Smith is fit for the first Test, Australia are paying the biggest cost in the loss of Warner, who strained his right groin while fielding in the second ODI against the Indians at the SCG.

The top Test run-scorer of Australia’s squad – Smith is just 17 runs behind on 7227 – bludgeoned 335 not out in the most recent Adelaide Test.

That innings saw Warner become the first cricketer in history to score a triple-century at Adelaide Oval.

But although the loss of Warner is a major concern among many, Langer said Australia’s stocks had helped his outlook.

“The truth is we have such great depth of talent in Australia,” Langer said.

“One thing I’ve learnt over the last couple of years as coach is we have so much talent here within our cricket circles that whenever we get out on the park we’re going to have a great team. Even if you look at who’s going to play for us today, we’ve got a very, very strong team.

“There’s no David Warner, but we’ve still got a great team, so you don’t need to fake anything because I know how much talent’s around.”

By admin
57 mins ago
Sports

Sydney Roosters vs Melbourne Storm, Round 16 match switches to Newcastle

Black Music Month: A Look Back At Iconic Hairstyles

The Effects of Climate Change